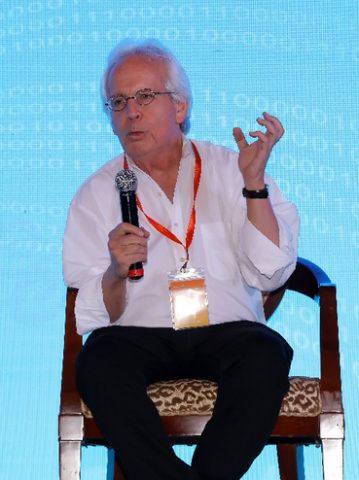 UCLA mathematics professor Stan Osher, Cognitech Inc CEO Leonid Rudin and then PhD student Emad Fatemi, now sadly deceased, created a numerical algorithm that was instrumental in reconstructing the cleaned up image of the black hole captured in April 2017. Their work has been cited as the key regularization function in sparse modeling that has been applied to astronomical imaging (Akiyama et al. 2017) .

In 1992, Rudin, Osher and Fatemi introduced a nonlinear total variation (TV) based noise removal algorithm which provided a simple and relatively fast way to achieve state-of-the-art results for very noisy images. In the original abstract, the technique is described as "a first step of moving each level set of the image normal to itself with velocity equal to the curvature of the level set divided by the magnitude of the gradient of the image, and a second step which projects the image back onto the constraint set" (Rudin et al. 1992).