Professor Terry Tao: Small and Large Gaps Between the Primes 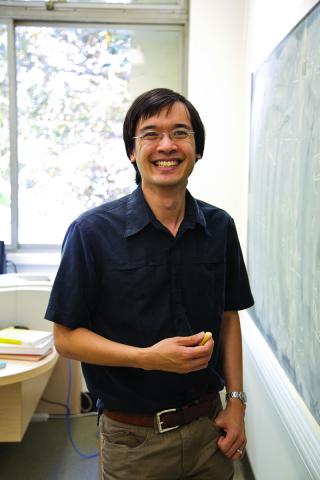 There are many questions about the gaps between consecutive prime numbers which are not completely solved, even after decades of effort.  For instance, the twin prime conjecture, which asserts that the gap between primes can equal 2 infinitely often, remains open. However, there has been recent progress in understanding both very small and very large gaps between primes.  Last year, in a breakthrough work of Yitang Zhang, it was shown that there were infinitely many gaps between primes of bounded size; Zhang's original bound here was 70 million, but it has since been cut down to 246 thanks to the efforts of James Maynard and an online collaborative "Polymath" project.  In the opposite direction, recent work of Kevin Ford, Ben Green, Sergei Konyagin, and myself have shown the existence of prime gaps significantly larger than their average spacing, improving upon earlier work of Rankin, Pintz, and others.  The two proofs are somewhat different in nature; the first argument relies on sieve theory methods, whereas the second argument uses probabilistic arguments combined with the results of Ben Green and myself in arithmetic progressions in the primes.  We present the main ideas of both of these results in this lecture.  - Professor Terry Tao