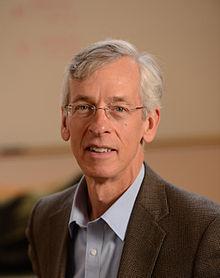 Former IPAM Director and UCLA Professor of Mathematics Russel (Russ) Caflisch is one of 100 new members to be elected into the National Academy of Sciences in 2019.  Russ had a lengthy career at UCLA; he joined the Mathematics Department in 1989 (with a joint appointment in Materials Science and Engineering) and became Director of IPAM in 2008. Russ left UCLA in 2017, and is currently the Director of the Courant Institute of Mathematical Sciences at New York University.

"The National Academy of Sciences (NAS) is a private, non-profit society of distinguished scholars. Established by an Act of Congress, signed by President Abraham Lincoln in 1863, the NAS is charged with providing independent, objective advice to the nation on matters related to science and technology. Scientists are elected by their peers to membership in the NAS for outstanding contributions to research."