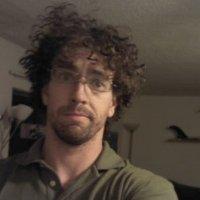 Researchers have been trying various techniques to determine Twitter user’s location even where they don’t purposefully give it away. In one of the more intriguing papers that has gone under the radar until this week, researchers claimed they could “geolocate the overwhelming majority of active Twitter users” by looking at their contacts’ locations and in their tests were able to “geotag over 80 per cent of public tweets”. As a result, they believe they are now sitting on “the largest known database of Twitter user locations”, though they told FORBES they could not share the data.

As social ties are often formed over short geographic distances, it is possible to get an approximate geotag of a Twitter user by examining known locations of their contacts, according to the study from Ryan Compton, David Jurgens, David Allen from the Information and System Sciences Laboratory at HRL Laboratories. The team created a technique that looks at a certain Twitter user’s friends and how often they interact over @mentions, determining where contacts have either purposefully or inadvertently given away their location. They claimed they could then use that information to get as accurate an estimate as possible for the target individual’s location. Compton and his colleagues believe their “variation minimization” technique is good enough to get a solid idea of where a user is based with an median error of 6.38km.

Continue to the full article here .