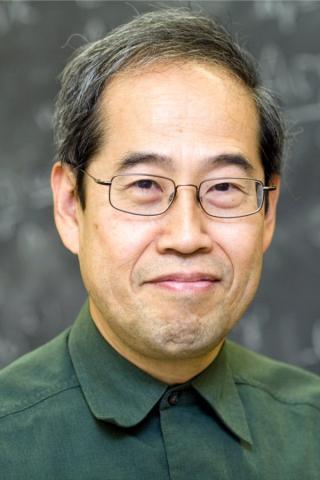 Announcement from the American Mathematical Society:

Haruzo Hida, UCLA, will receive the 2019 Leroy P. Steele Prize for Seminal Contribution to Research for his highly original paper "Galois representations into GL2(Zp[[X]]) attached to ordinary cusp forms," published in 1986 in Inventiones Mathematicae. In the paper, Hida made the fundamental discovery that ordinary cusp forms occur in p-adic analytic families. Hida families are now ubiquitous in the arithmetic theory of automorphic forms, and his research has changed the way we view the subject.

Haruzo Hida is a distinguished professor of mathematics at UCLA who is the author of seven research books and monographs about his results. He was an invited speaker at the International Congress of Mathematicians in Berkeley (1986), a Guggenheim Fellow (1991 ̶ 1992), a recipient of the Spring Prize of the Mathematical Society of Japan (1992), a senior Scholar of the Clay Mathematics Institute (2010 ̶ 2011), and an Inaugural Fellow of the AMS (2012).

It is a great honor (and also a big surprise) to receive the Leroy P. Steele Prize from the AMS.  Why a surprise?  Hida was familiar with ancient poems early in his age (as they are all written in Japanese phonetic symbols; so, easy to read).  Starting with the poems, he enjoyed Japanese and Chinese classics. Chinese poems by a decadent Japanese Zen monk of the 15th century impressed him much, which could be interpreted (with a question mark) to suggest the purpose of one's life is to be found only in an enjoyable pastime (or more precisely, kill-time) lasting till one's demise.  From that time on, he had tried in earnest to find such a kill-time.  He finally found one accidentally in the mid-1970s, and after that, he became totally a math-addict.  Therefore he is hardly professional nor academic in his mathematical work and often creates his mathematics without tangible reference to contemporaries. Nevertheless, his work has found some deep applications.  This would hopefully legitimize the award.

Presented annually, the Steele Prize for Seminal Contribution to Research is awarded for a paper that has proved to be of fundamental or lasting importance in its field, or a model of important research. The 2019 prize will be awarded Thursday, January 17 during the Joint Prize Session at the 2019 Joint Mathematics Meetings in Baltimore.

Find out more about the Steele Prize for Seminal Contribution to Research and see previous recipients.