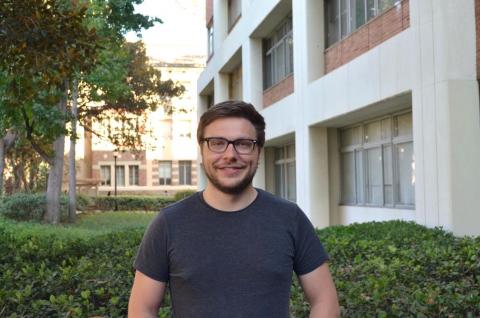 Assistant Professor Artem Chernikov has won a 2017 Faculty Early Career Development (CAREER) award from the National Science Foundation.  CAREER awards are the NSF's most prestigious award in support of early-career faculty who have the potential to serve as academic role models in research and education and to become leaders in their field.

Under the award, Chernikov will work on the emerging connections between model theory and graph combinatorics. Graphs are the basic discrete mathematical objects used to model networks and related systems. Model theory is a branch of mathematical logic studying (typically) infinite structures and their properties definable in a formal language. It provides a method of converting asymptotic quantitative questions about properties of a family of graphs into qualitative questions about the shape, volume or dimension of a certain limiting infinite object to which the infinitary model-theoretic machinery can be applied. More specifically, Chernikov will work on applications of the generalized stability in model theory to pseudo-randomness and Ramsey-type phenomena for restricted families of hypergraphs.

Chernikov's five-year grant will support research from 2017-2022.  To read the full scope of the project, click here.