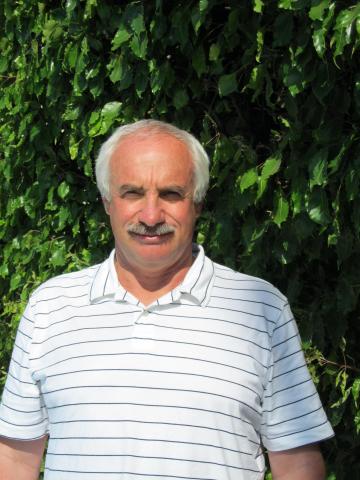 UCLA Mathematics Professor Alexander Merkurjev has been awarded the 2012 Frank Nelson Cole Prize in Algebra by the American Mathematical Society (AMS) for his work on the essential dimension of groups. The essential dimension of a finite or of an algebraic group G is the smallest number of parameters needed to describe G-actions. For instance, if G is the symmetric group on n letters, this invariant counts the number of parameters needed to specify a field extension of degree n, which is the algebraic form of Hilbert's 13th problem. The prize citation notes that "Merkurjev's unique style combines strength, depth, clarity, and elegance, and his ideas have had broad influence on algebraists over the last three decades." The prize was founded in 1928 in honor of Professor Cole and is currently awarded every three years for outstanding contributions to algebra.