Lecture 1: On Wigner and Bohmian Measures in Semiclassical Quantum Mechanics

Abstract: We present quantum mechanics in three different formulations: the classical Schroedinger picture, the kinetic phase-space Wigner picture and  the somewhat less known `quantum-trajectory-type’ Bohmian picture.  In particular we discuss the semiclassical limit problem, which is treated by well-known WKB (high) frequency asymptotics in the Schrödinger picture and by kinetic scaling limits in the Wigner picture. Somewhat surprising results come up in the semiclassical limit of the Bohmian formulation, mainly  concerning the limits of the Bohmian quantum trajectories.  The main mathematical tools are pseudo-differential operators, micro-local analysis and the theories of monokinetic, multikinetic and Young measures.

Abstract: We study an elliptic-parabolic system of partial differential equations recently proposed by D. Hu and D. Cai, which is capable of modeling biological network formation. The model

describes the pressure field obtained from a Darcy type equation and the dynamics of the network conductance under pressure force effects with diffusion representing randomness in the material structure.  We prove the existence of global weak solutions and of local mild solutions and study their long term behavior. By energy dissipation we argue that steady states play a central role to understand the pattern capacity of the system. We show that for large diffusion coefficient the trivial steady state is stable. Patterns occur for small  diffusion because the zero steady state is Turing unstable in this range; for zero diffusion we exhibit a large class of dynamically stable steady states.

Abstract: We present and analyse a parabolic free boundary (FB) model for the evolution of the price of a good in an economic market with many agents. The model was originally formulated by J.-M.-Lasry and P.-L. Lions in the context of their theory on mean field games. Our analysis of the FB model is based on a simple and surprising geometric method, which relies on a reduction to the one-dimensional heat equation and does not require any of the typical free-boundary regularity techniques.  Motivated by the quest of a more explicit derivation of the model we present a mesoscopic Boltzmann-type problem  (featuring smooth solutions) and derive the Lasry-Lions Model by a scaling limit (large number of transactions) from it. 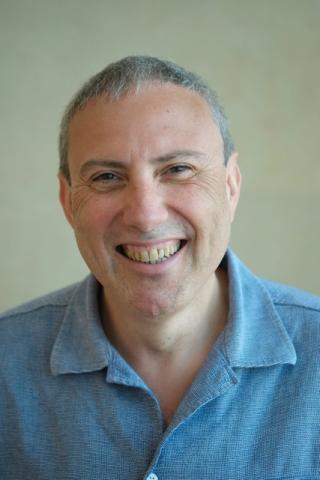