Series Title: The Ergodic Hypothesis and Beyond

Abstract: The celebrated Ergodic Theorems of  George Birkhoff and von Neumann in the 1930's  gave rise to a mathematical formulation of Boltzmann's Ergodic Hypothesis in thermodynamics. This reformulated hypothesis has been described by a variety of authors as the conjecture that ergodicity -- a form of randomness of orbit distributions -- should be``the general case" in conservative dynamics.   I  will discuss remarkable discoveries in the intervening century that show why such a hypothesis must be false in its most restrictive formulation but still survives in some contexts.  In the end, I will begin to tackle the question, "When is ergodicity and other chaotic behavior the general case?"

Lecture 2 (5/23): Robust mechanisms for chaos, I: Geometry and the birth of stable ergodicity

Abstract:  The first general, robust mechanism for ergodicity was developed by E. Hopf in the 1930's in the context of Riemannian geometry.  Loosely put, Hopf showed that for a negatively curved, compact surface, the ``typical" infinite geodesic fills the manifold in a very uniform way, a property called equidistribution.  I will discuss Hopf's basic idea in both topological and measure-theoretic settings and how it has developed into a widely applicable mechanism for chaotic behavior in smooth dynamics.

Abstract: Kolmogorov introduced in the 1950's a robust mechanism for {\em non-ergodicity}, which is now known as the KAM phenomenon (named for Kologorov, Arnol'd and Moser).  A current, pressing problem in smooth dynamics is to understand the interplay between KAM  and Hopf phenomena in specific classes of dynamical systems.  I will describe a class of dynamical systems, called the {\em partially hyperbolic systems}, in which the two phenomena can in some sense be combined.  I'll also explain recent results that give strong evidence for the truth of a modified ergodic hypothesis in this setting, known as the Pugh-Shub stable ergodicity conjecture. 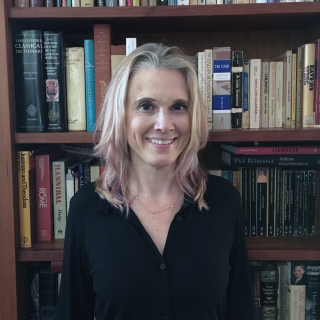